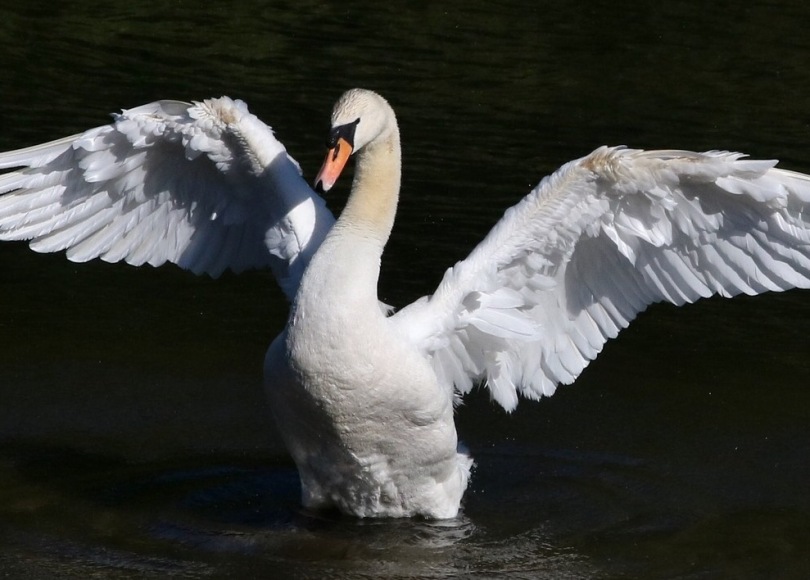 Plan Seeks to Control, Not Eliminate, Swans From New York

The New York State Department of Environmental Conservation (DEC) today announced the completion of a revised draft state management plan for mute swans. DEC made significant changes to the plan in response to public comments received over the past three years.

“Wildlife management can present challenges in trying to balance conflicting interests, such as when a beautiful bird can have harmful impacts,” said Commissioner Basil Seggos. “DEC’s revised draft management plan is responsive to the public’s concerns about complete elimination of mute swans from New York, taking a more regional approach to management. The plan should limit the potential future impacts of mute swans on native wildlife as well as human enjoyment of the state’s aquatic resources. At the same time, the plan emphasizes non-lethal management techniques, in direct response to public concerns about how and where management is accomplished.”

The mute swan (Cygnus olor) is a non-native, invasive species brought to North America in the late 1800s to beautify estates in the Lower Hudson Valley and on Long Island. Over the past century, swans that escaped or were released established wild populations in downstate New York that now number close to 2,000 birds. A separate population of mute swans became established near Rochester in the late 1980s, but past control efforts by DEC and other agencies have helped to limit their numbers. In August, DEC conducted a large-scale summer population survey to obtain a current statewide population estimate and will have the results tallied in the next few weeks.

Mute swans compete with native wildlife for aquatic food plants and nesting areas. In addition, people are unable to use some water areas where the highly territorial birds nest. The goal of the draft plan is to prevent any further mute swan population growth to minimize impacts to native wildlife and habitats, as well as minimize conflicts with property owners and other outdoor enthusiasts. Property owners will be allowed to implement control measures where necessary to alleviate site-specific conflicts caused by mute swans.

The draft plan outlines DEC’s strategies to contain and minimize the impacts of free-ranging mute swans. It describes a three-part, regionalized approach that emphasizes non-lethal management both upstate and downstate. The plan includes public education and outreach to inform the public about the status and ecological impacts of mute swans, efforts to foster responsible possession and care of mute swans, and strategies for managing feral mute swan populations.

Mute swan populations in other states, such as Maryland and Michigan, have shown tremendous ability to grow from a relatively small number of birds to several thousand over time. DEC is committed to preventing this growth from happening in upstate New York. In downstate areas, the mute swan population has leveled off and overwhelming public support for allowing these birds to remain caused the DEC to reconsider its plans for swans in that part of the state.

Mute swans are likely to remain in most areas of Long Island, New York City, and the lower Hudson Valley where they have been seen for many years, but DEC will encourage non-lethal population controls to protect local wildlife and habitats and will authorize control measures to ensure that mute swans do not interfere with human interests.

The draft Mute Swan Plan is available on DEC’s website, along with an assessment of public comments received on previous drafts of the plan released in January 2014 and in March 2015.

DEC will hold three public hearings in areas affected by mute swans during September and October. These hearings will give the public an opportunity to provide feedback on the revised plan. Hearings will be held at the following dates and locations:

DEC has announced that the draft mute swan management plan public hearing for the Long Island region has been rescheduled for 6 p.m. on Thursday, October 26, 2017, at the Suffolk County Water Authority Education Center in Hauppauge. As a result, DEC has extended the public comment period to December 13, 2017

In addition, the public is encouraged to provide written comments on the revised management plan by writing to: Bureau of Wildlife – Mute Swan Plan, 625 Broadway, Albany, NY 12233-4754; or e-mailing Wildlife@dec.ny.gov (subject line – “Mute Swan Plan”). The public comment period will close on December 3, 2017.

DEC has extended the public comment period to December 13, 2017