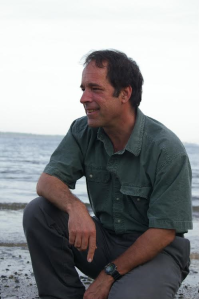 The Alice T. Miner Museum has announced that Dr. Curt Stager, professor of natural sciences at Paul Smith’s College, will speak on the regional impact of climate change on March 2nd.

Climate change is about more than distant polar bears and rising sea levels. It is happening here, too. The talk will look at what changes are already under way, and what changes may be coming in the future.

Dr. Curt Stager is a climate scientist, educator, and author whose research deals with the climatic and ecological histories of Africa and the Adirondacks. He co-hosts Natural Selections, a weekly science program on North Country Public Radio, and is the author of three books, including Deep Future: The Next 100,000 Years of Life on Earth. In 2013, the Carnegie-Case Foundations named him Science Professor of the Year for New York State. Since 1987 he has taught natural sciences at Paul Smith’s College, where he holds the Lussi Chair in Lake Ecology and Paleoecology.

For more information contact Ellen Adams at (518) 846-7336 or email director@minermuseum.org.