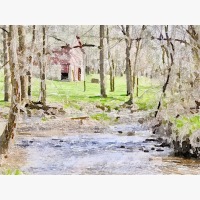 While many farmers employ what are thought to be best practices to keep fertilizers from running off their fields and feeding huge algae blooms in lakes, including Erie, scientists are working on novel ways to curb the problem.

New ideas include spreading gypsum to better hold phosphorus in fields and creating farm-area flood plains with plants that gobble up the fertilizers before they reach waterways.

The issue came to the forefront in August when Toledo was forced to shut off its water system for two days when it became tainted with toxic algae from Lake Erie.

“Hopefully, this is a wake-up call,” said Eugene Braig, program director for aquatic ecosystems at Ohio State University. “These are big problems that are difficult to manage.”

The Ohio legislature passed a bill in November that made an age-old practice of spreading manure on frozen fields illegal. The bill also forced farmers to become certified before spreading fertilizer, but that regulation doesn’t go into full effect until 2017.

Read the rest of the story, including a discussion of the science, in The Columbus Dispatch